The factions are powerful organizations associated with the struggle to control Eternum in the New World. Having reached a certain stage in the beginning of your adventure, you must choose a side in this conflict. During your travels, you will become familiar with the following three factions: Marauders, Syndicate and Covenants. Each of them has its own principles and motivations to control the territory. The developers have published an article with more details about them, and we have translated it for you into Russian. 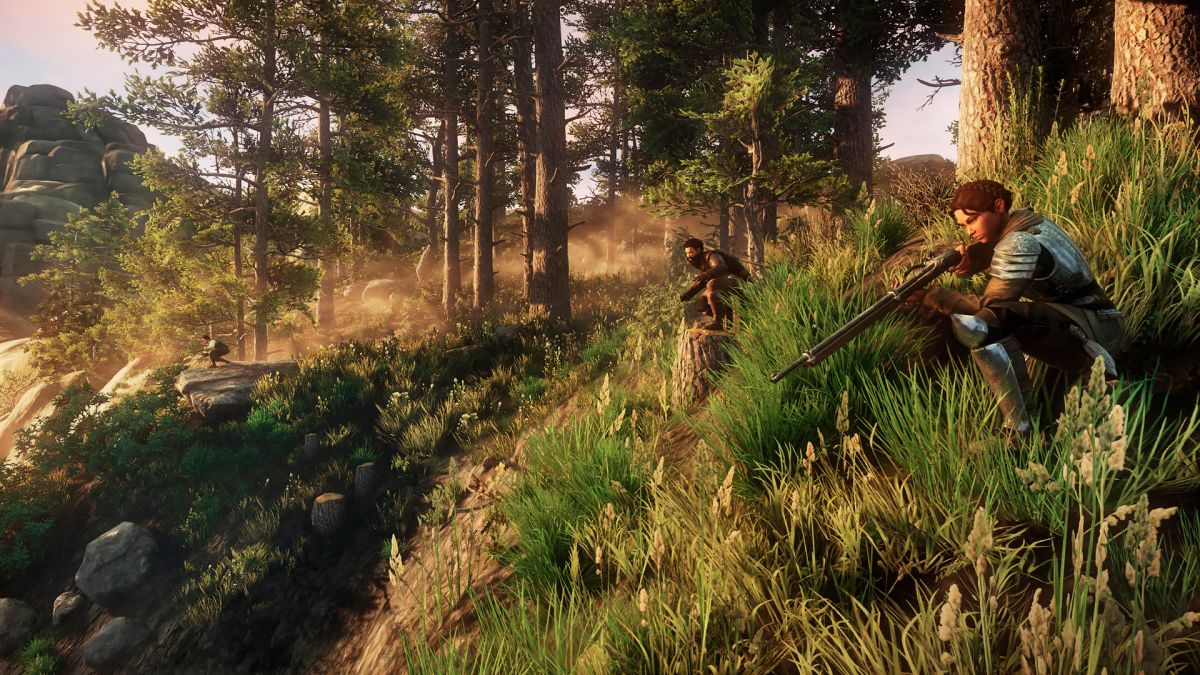 Marauders are a merciless military force seeking to create a free nation where everyone can prosper and profit. 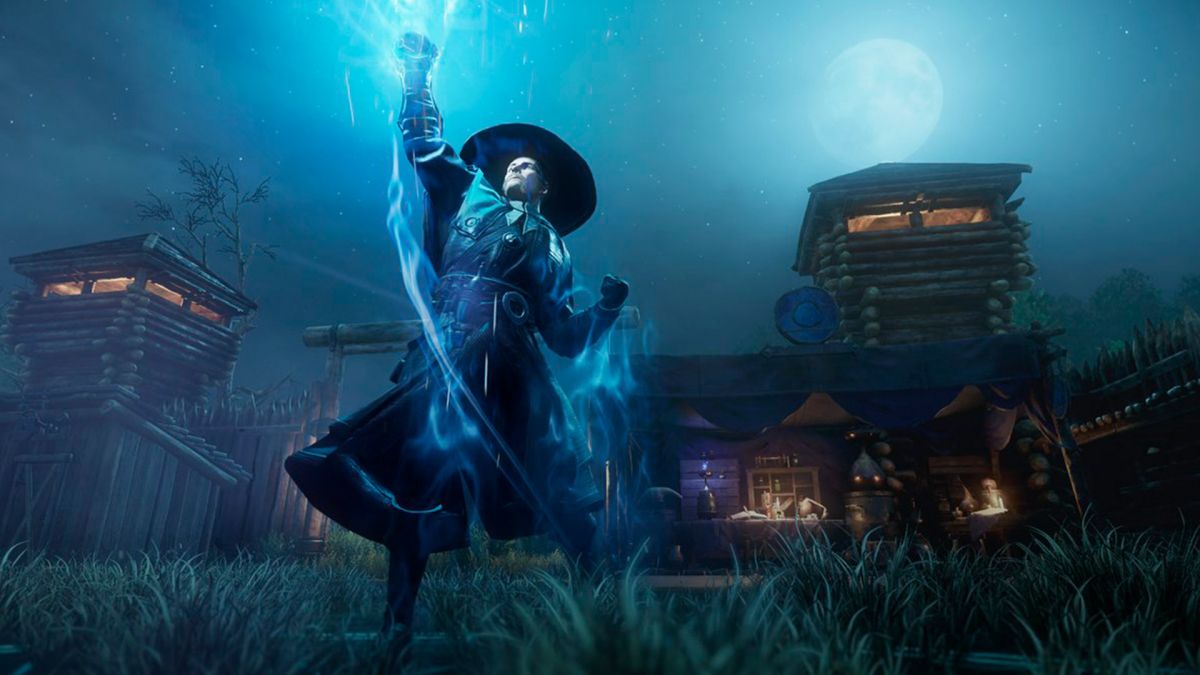 A syndicate is a secret organization with boundless cunning and intelligence, engaged in the search for forbidden knowledge to move into a new era of enlightenment. 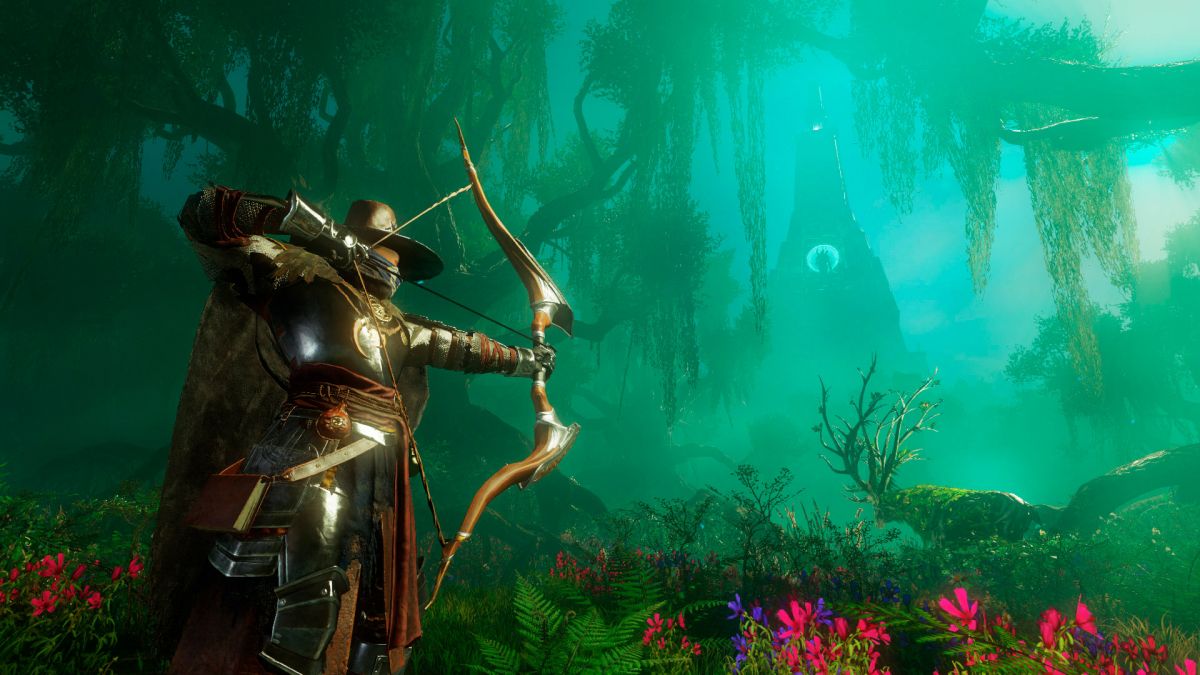 The Testament is a fanatical order that decided to cleanse the earth of heretics and desecration so that its true holy nature could flourish and restore justice.

When we decided to remove New World PvP from the open world with a full luth-drop, it was not a decision to remove players from the game of battles against each other. In fact, we wanted to focus on making sure everyone could go to Eternum without even being interested in PvP.

The three factions form the basis of the gameplay in PvP. They create clear sides and motives for conflicts. Even if you are a lone explorer who has overcome the wild horizon of Eternum on your own, joining a faction means that you always have someone on your side, and you always have a clear idea of this confrontation.

While any faction member can turn on PvP and make the journey more dangerous, but getting more bonuses, the ultimate goal of any company should be to let their faction control as many territories in Eternum as possible. In this case, your attacks on the creatures will be more effective, you will find more resources when gathering them, you will be able to craft higher performance equipment and you will be luckier when gathering the loot. The more territories your faction controls, the stronger you become. 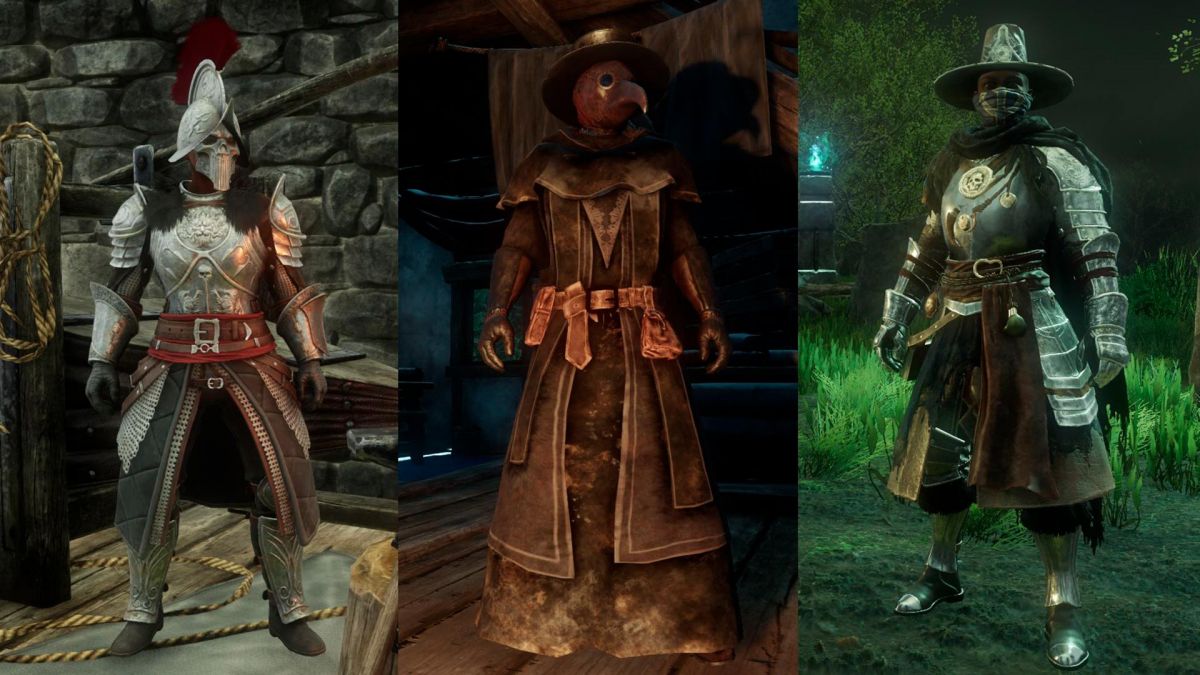 Once you have selected a faction, you can create or join one of its companies. You should not be frivolous about choosing a faction, as your decision will be final. Therefore, before making a decision, you have the opportunity to study the game and the social environment on the server.

After choosing a faction, you can accept tasks from your representative and perform them to receive an award. The factions offer special equipment, act as a source of income and are a group with which you are working to wage war in other territories to expand your faction's control in Eternum. 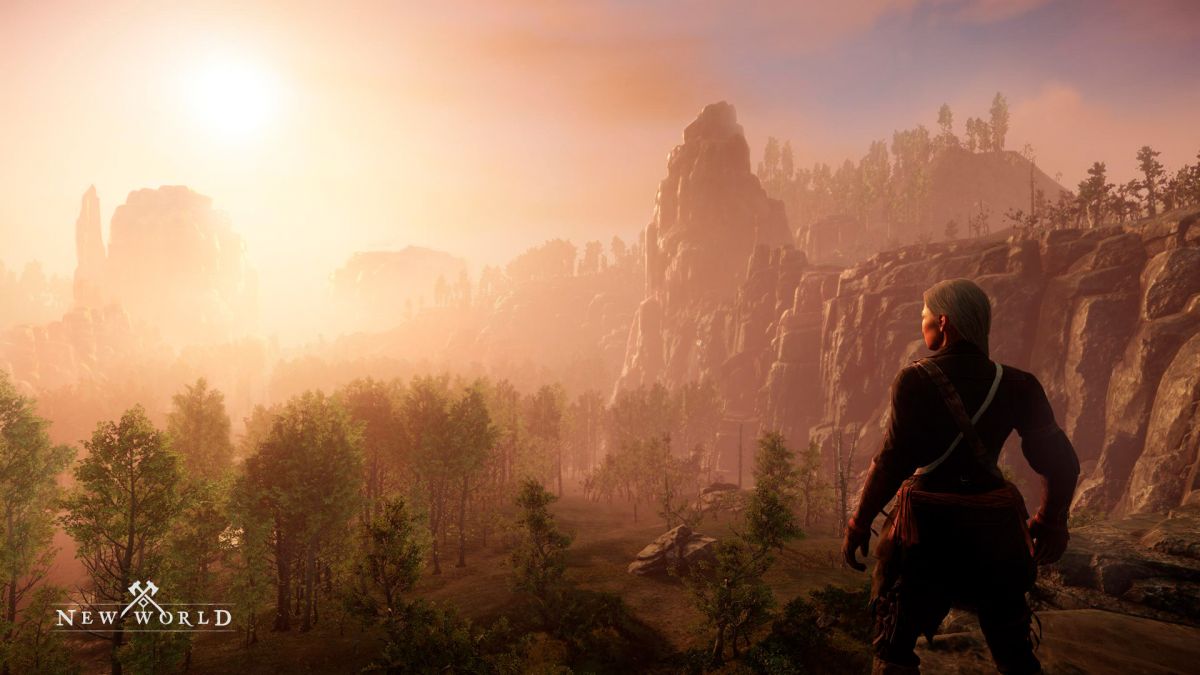 Despite the fact that the company is responsible for daily operations in the territory, it is ultimately the faction that controls it. If your company wants to conquer the territory occupied by an opposing faction, it must declare war. This requires bringing the desired territory to a state of vulnerability.

For the faction to retain control of the territory, its members must actively strengthen their influence within the territory. Similarly, if members of another faction want to gain control of it, they must weaken the controlling faction by raising their own. Strengthening and weakening influence is done by completing PvP factions' missions in that particular territory.

There are two types of faction missions: PvE and PvP. PvE missions ask you to do things such as kill creatures, Kraft or gather resources. They are rewarded with a special currency that can be used to buy equipment and items that belong to a particular faction.

PvP missions require you to do things such as restoring tactical information, delivering critical messages or items to another area, patrolling the area to confront the faction. In addition to currency rewards, these missions also have an impact on your faction within the territory. As mentioned above, gaining influence increases control of the territory, and if it is under control, it undermines the controlling faction, bringing the territory closer to a state of vulnerability for declaration of war. 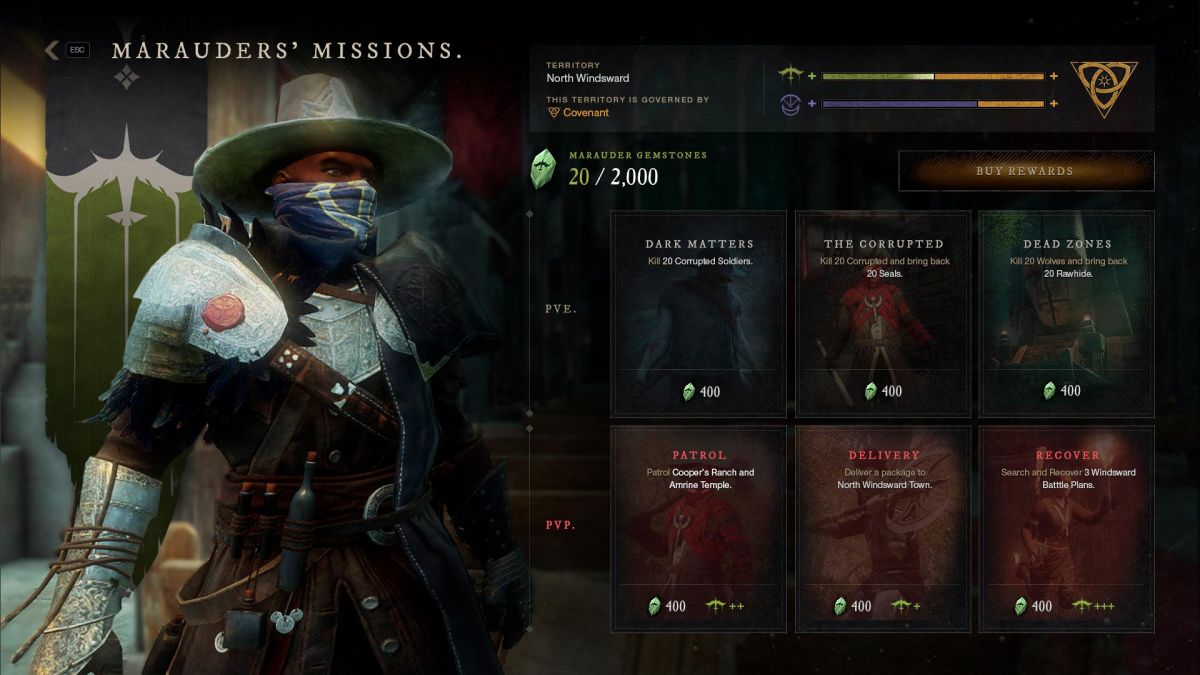 As soon as the territory becomes vulnerable, all companies that are part of the faction may declare war on the territory. After a short time, which allows several companies of the same faction to declare war, one of the companies is chosen as the vanguard of the attacking forces. It is from the leaders of companies in the vanguard depends on the construction of the players' forces, voluntarily entering into battle. Of course, these forces may include members of the company, which was chosen as the vanguard in the first place. 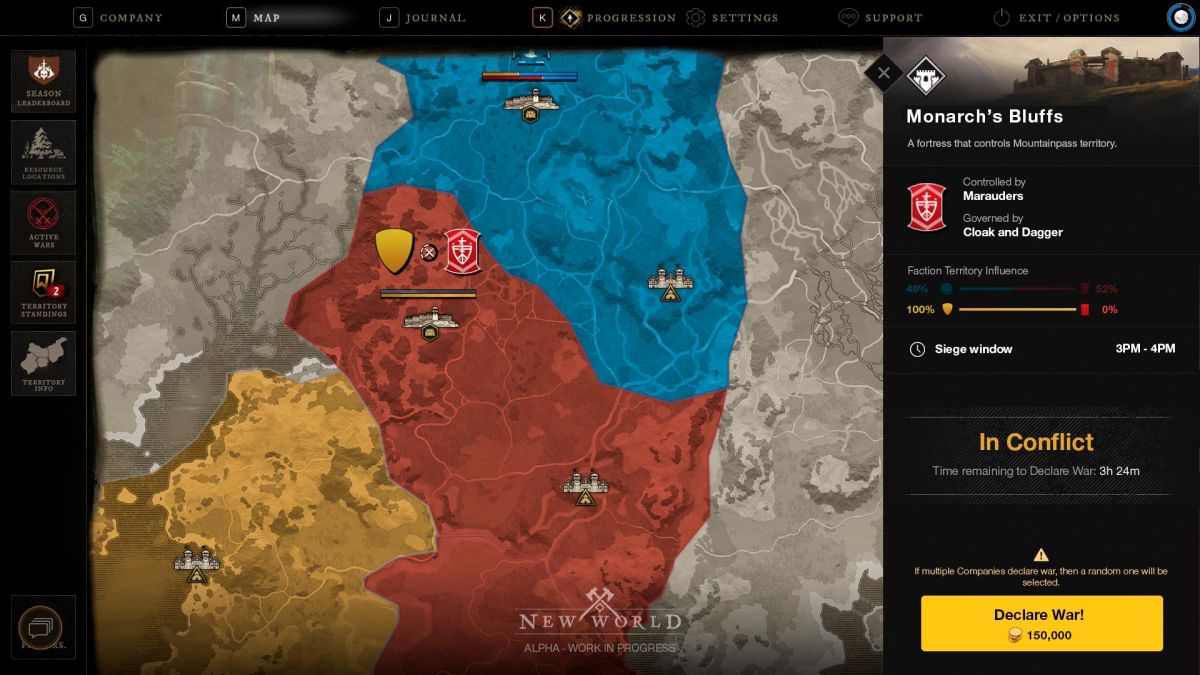 We want everyone interested in war and control of the territory to be able to participate, so the selection process for the vanguard is random. In this way, even small companies are able to control the territory. If a smaller company is chosen as the vanguard for War, they can build their troops with any player who voluntarily fights on their side, so a full-sized army is possible even for a company that has only one player. 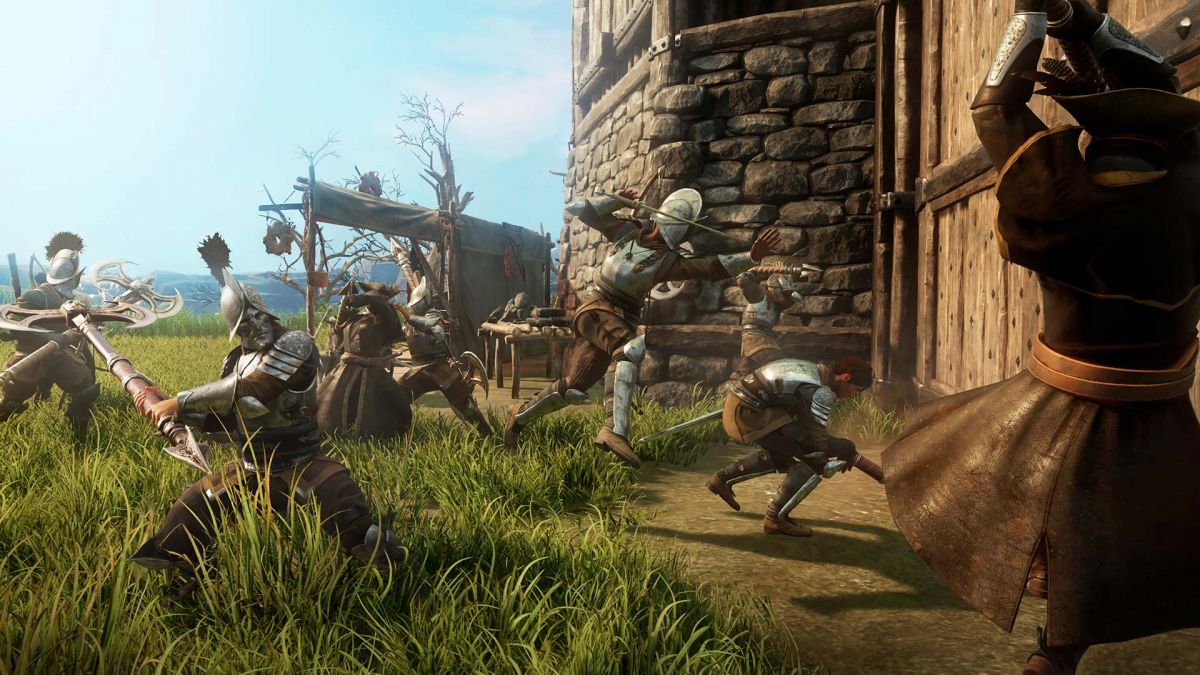 As a faction member, you can make an incredibly valuable contribution. You can supply weapons and armour, carry out combat missions, you are a critical member of the army, and you will work to increase the influence of your faction in the area and in Eternum in general. During a war, you can recruit faction members to help defend the territory or attack an opponent. You cannot declare war on a company in the same faction as you... ...but if you don't like the way this company manages a certain territory, you can always not help them defend it!

The choice of faction affects your playing experience, positively and potentially negatively. Three opposing factions are directly fighting each other for resources, power and influence. This means that over time, one faction may sink to "last place". To avoid the feeling of total defeat, we have been careful in adjusting the benefits of being in a faction that controls most areas. At the same time, additional attention was paid to making factions that control fewer territories feel like they are simply losers, not losers. No matter who is winning at the moment, we built the system so that strong flounderies are an exciting part of the game.