Latest news about MMORPG Ashes of Creation from the past stream 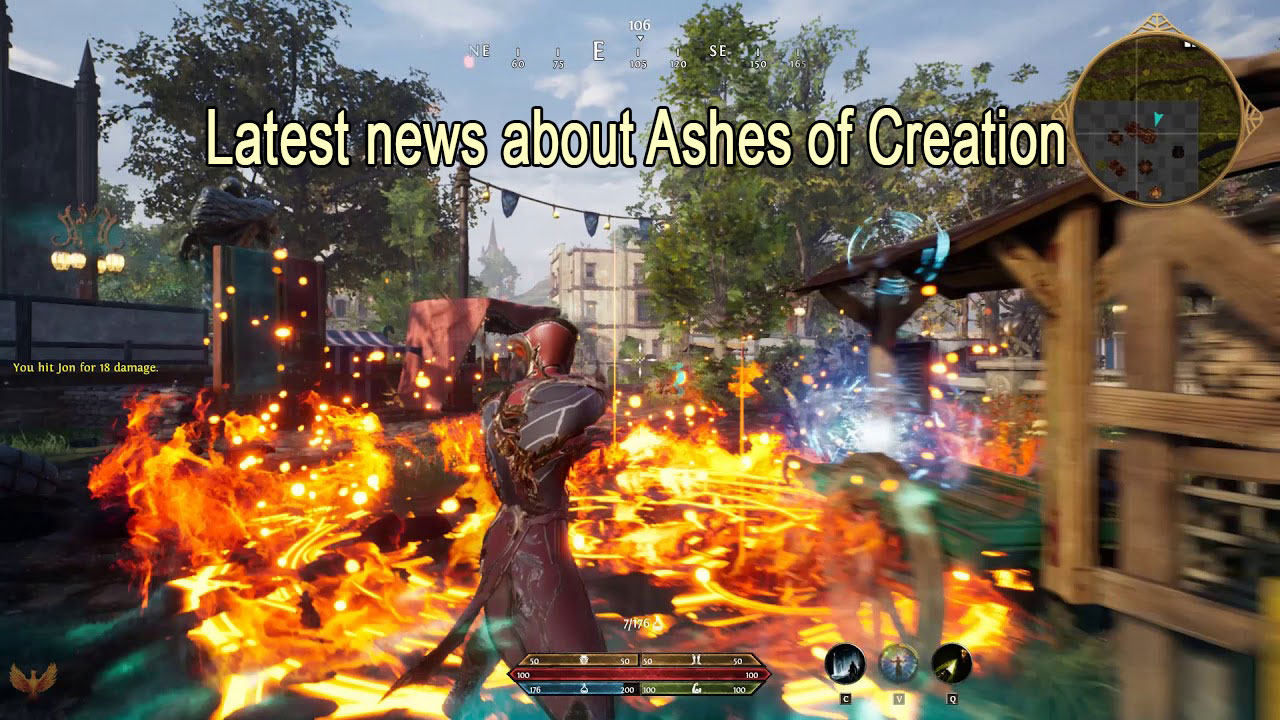 Intrepid Studios conducted a live broadcast, during which it shared some details about the upcoming MMORPG Ashes of Creation. For convenience, we have compiled a summary of information from the stream in Russian. In the latest broadcast, Steve Sharif, Jeffrey Bard and Margaret Krohn were joined by Kevin MacPherson, Chris Atkins and Sarah Flanagan, who presented the latest news about the game.

• In the first quarter of 2020, several important events are promised, which will be discussed later.

• Leaderboards are almost ready and will be added to the game soon. Unfortunately, they will not show the results of last season, since the collection of statistics has only recently begun.

• Over the past month, developers have worked on a siege balance and a variety of roles in this mode.

• Developers now have tools to save a lot of time and make the game world more diverse.

• Performance has been improved. As a demonstration, thousands of players were shown on a small map.

• The creators want to solve the problem when your character in the story is the only savior of the world, despite the fact that it is an MMORPG with many players.

• To make the player better immersed in the story, the studio uses several solutions, including displaying plot subjects specifically for the character.

• They are also going to increase the number of players on the server.

• The basic abilities of the character depend on the primary class and are complemented by the abilities of the secondary class. In total, 8 archetypes are available, which means you will have 64 different variations.

• MMORPG will use Amazon servers, as well as Apocalypse.

• Resources have a certain scale, which is depleted during production. After you collect all the resources available in this place, they will appear in another. Animals will also move from place to place.

• There are no plans to add the ability to create custom treasure hunts.

• They promise to publish a report with progress over the past year in a separate letter.

• An article will also be published on the types of freeholds and buildings, where they will also tell about cosmetic items for them.

• Some animations will vary depending on the chosen race and class.

• Elemental effects on weapons can affect their appearance.

• The character will not automatically get off the horse when entering a room that is not locked by a door. However, there will be areas in the game that can only be reached on foot.

• The developers are not sure that they will add the hair and fur render that appeared in Unreal Engine 4.24, as this can affect performance.

• Players who find errors will be rewarded.

• At the moment, the game has 5 castles with different climatic conditions. Most likely, they will not change.

• Monsters remain in the world of the game until they are destroyed. However, completely different ones may appear in their place.

• Equipment is available to mounts or war animals, but not to summoner pets.

• Freehold cannot be built in the potential zone of development of the stronghold of civilization.

• In one stronghold, several events cannot occur at once, since sieges block everything else.

• A character like “mage + tank” is unlikely to be able to take on the role of a tank in a group, but “tank + mage” can quite handle this task with proper pumping.

• At the second stage of the alpha test, Ashes of Creation plan to add a certain polygon for testing classes.

• In the Battle Royale, the combat system has not undergone any changes, but in the Siege you will take away the updated battles close to MMORPG.