MMORPG Dual Universe is getting ready for beta

The reaction of users is still difficult to assess, because the servers are launched only at a certain time and not everyone could see the innovations. But everything will change in the summer, when Dual Universe enters the Beta-1 stage and the servers are turned on permanently.

The authors have plans to launch the game in 2021. I wonder, will Novaquark be able to fulfill its promise, or will we wait for it like Star Citizen?

Dual Universe is a space MMO sandbox, where players can navigate through the planets without loading screens, colonize worlds and regularly meet tens of thousands of players. The game has PvP and PvE zones, features for building orbital stations, player-driven economy and much more. 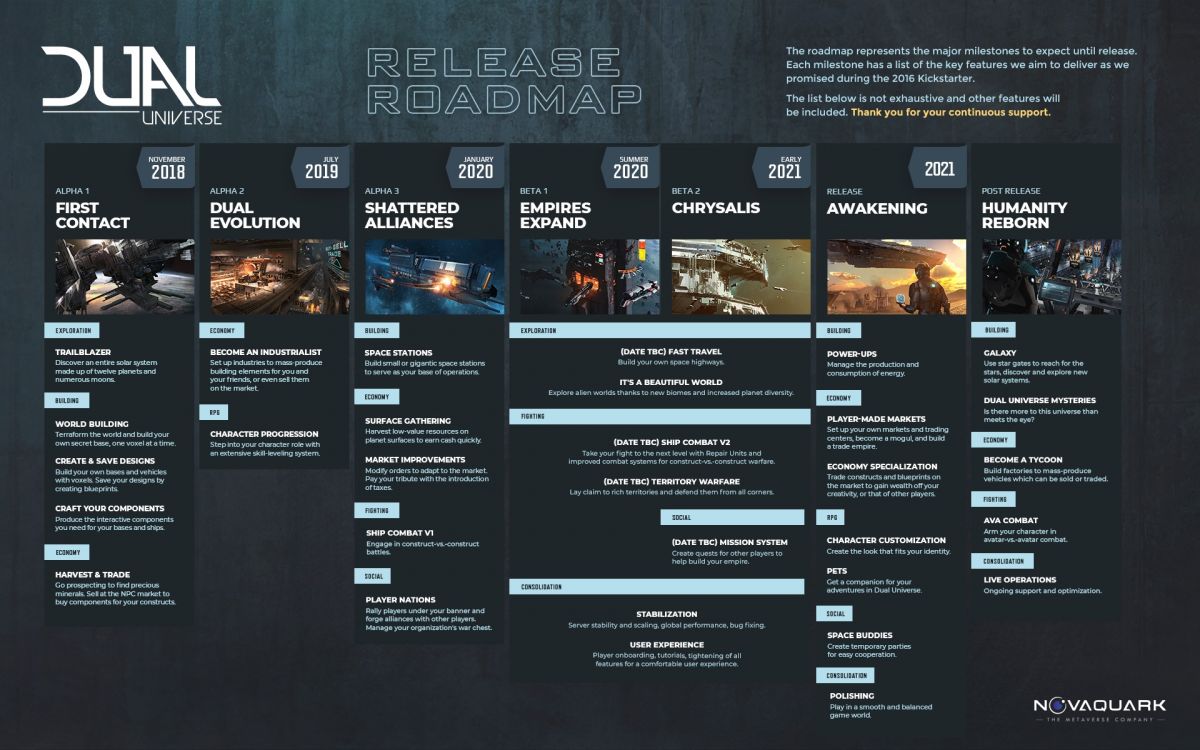