The First Impression of Shadow Arena

We’ve tried a new battle royale called Shadow Arena by Pearl Abyss and we are ready to share our first impressions on the game. Note that the project is still in its beta testing, so it might significantly change in the time to come.

On the launch Shadow Arena feels like an absolutely new project. Fresh-looking icons, character choice, game modes and things like that catch your eye, but at the first day of the beta testing we only managed to try the solo mode and six characters. The project, however, is interesting for its mechanics and gameplay: it’s not a grinding machine like Black Desert, for example, it’s an honest battle royale and plays like one.

We start at a big map that you’re sure to find familiar if you’ve played BDO. There are some ruins, farms and other structures added between Glish and Hidel. Creatures looking like goblins serve as mobs there. They drop buffs and some other stuff. We’ve got 49 other players on the map, so PVP is quite intense at the beginning of the game. In the first few minutes you respawn without losing your things, so dying is not a big deal. But as the game goes further, it gets more tense. 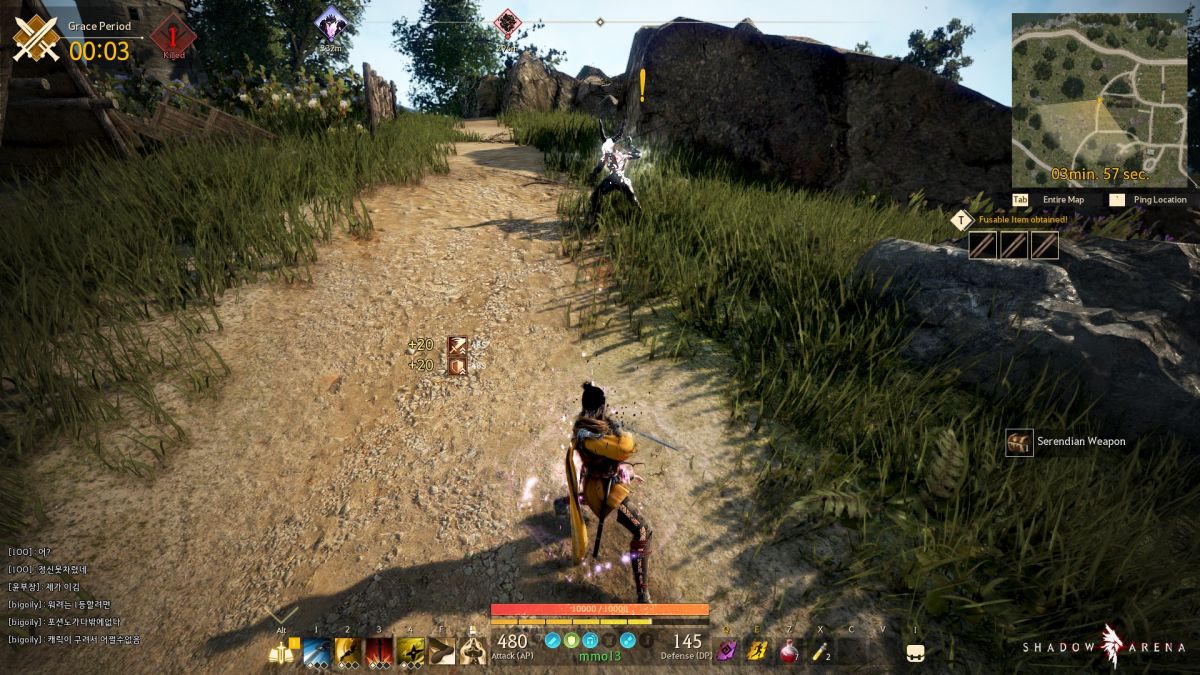 A considerable flaw, in my opinion, is a big number of mobs on the map and tough fast bosses that keep spawning in the battle zone at the end of the game. When the circle is narrowed the last time, PVP gets replaced with running away from monsters. In the end survivors are those who run faster rather than those who are good at fighting. Bosses focus on one player at a time and use stunning abilities, so for example the Witch (Herawen) has almost no chance of surviving in the late game as her any action can be interrupted by an attack from an enemy. I think it’ll be fixed after the beta.

As for the characters, they all have different feel to them, and every one of them requires their own strategy to fight against. For instance, you should keep your distance with the Berserker and pay attention to his skills’ cooldown, attack the shielded Warrior from the back, interrupt the Witch’s casts and so on. Flanking enemies is quite easy: it’s just A/D + LMB, and the character flies in circles. Besides, every hero has a teleport on E and combo-breaking stun on Q. When the situation is odd or a big brawl occurs, you can run away using an item you have from the beginning. It increases your movement speed dramatically. 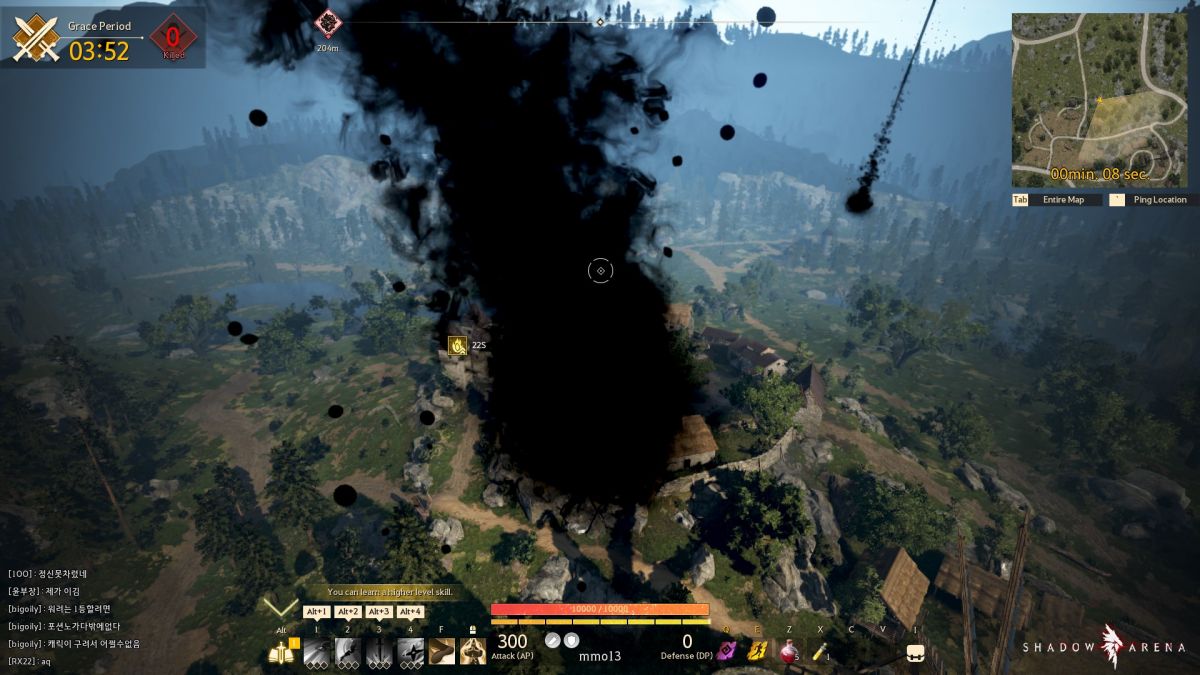 The performance of the game is really smooth, some mechanics and skills are innovative in the battle royale genre. These are different trap items, potions, rifts where bosses with unique items come from, backstabs dealing additional damage to monsters and players alike, duels with other players.

Things I didn’t like is mostly an enormous number of bugs that spoil the fun. At first there was no sound at all, I couldn’t change the screen resolution and sometimes couldn’t even enter the game. I got stuck in doorways trying to loot a building. I also didn’t really like the idea of mob farming because you constantly get attacked by other players during it, and by the end of the game when there’s no need in farming anymore, mobs are just in the way. I think bosses would be enough or maybe mobs could stop spawning as the map gets narrowed.

To upgrade your skills, you have to get certain books that, as you might have guessed, drop from mobs randomly. Sometimes you just don’t get them even after slaying ten or more creatures, and upgrading a skill is important. For example, the Sorceress’ (Ahon) Dark Mark reduces its cooldown significantly with every level, and damage of other skills increases. Same with other characters. Not getting books leads to low damage in the late game in comparison with the damage of more lucky players. 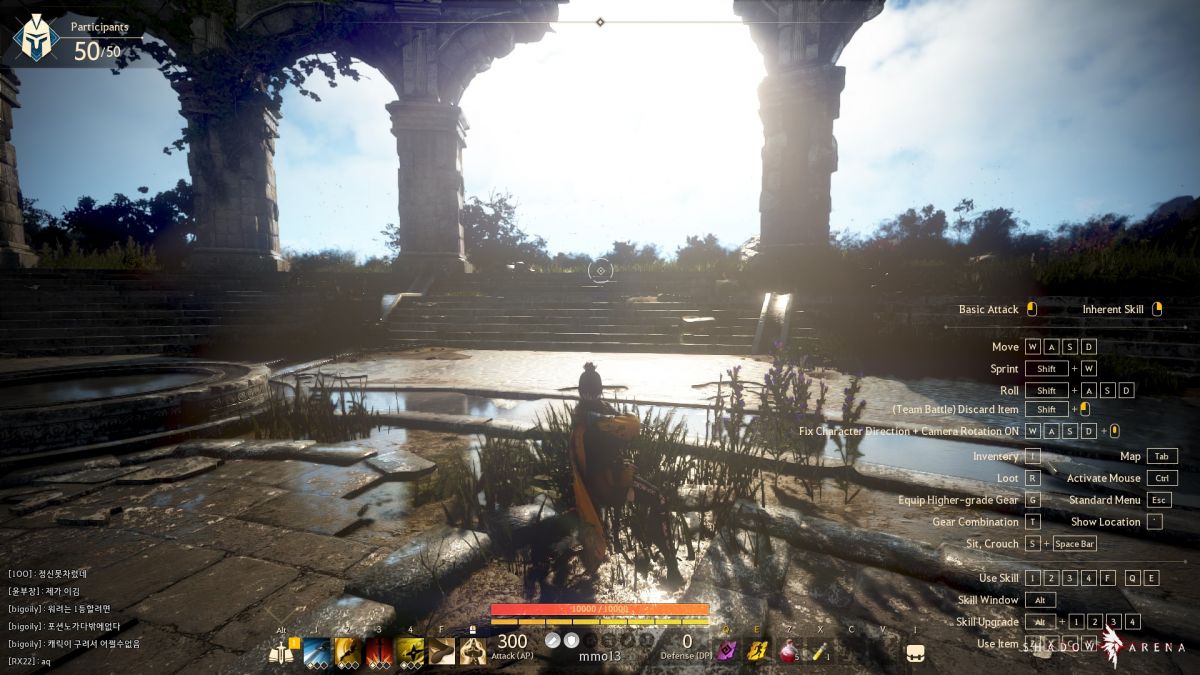 Not taking into account the flaws mentioned above that will probably be fixed later, I liked Shadow Arena. Strategy variations, developing the character right on the battlefield and beautiful sights – all these things certainly leave a good impression. You can feel the spirit of competition and esports opportunity that Pearl Abyss themselves have been talking about lately. I guess with a rating system, some new modes and improved matchmaking the project can steal some players from other battle royales.