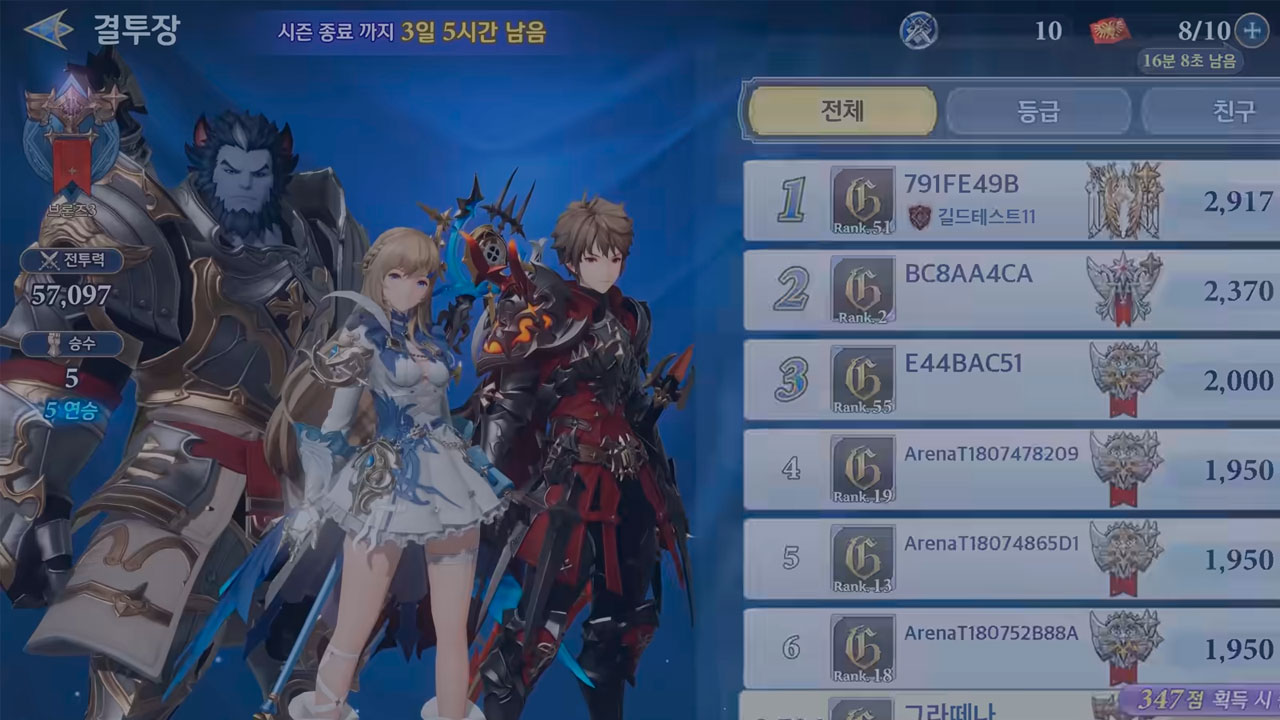 In anticipation of the South Korean release of MMORPG Gran Saga, the developers have published two new trailer, demonstrating the game's features. The first one shows PvP-arena, where the battles take place asynchronously. In other words, you will be fighting with pre-formed teams of other players, controlled by bots.

PvP battles are almost entirely automatic, and the only thing available to you is the choice of abilities to use. You can also specify the initial location of your squad before you start. In general, victory will largely depend on the combination of heroes and their pumping.

The second trailer focuses on the guild room, where players can gather together, chat, listen to music, and pump up special passive skills.