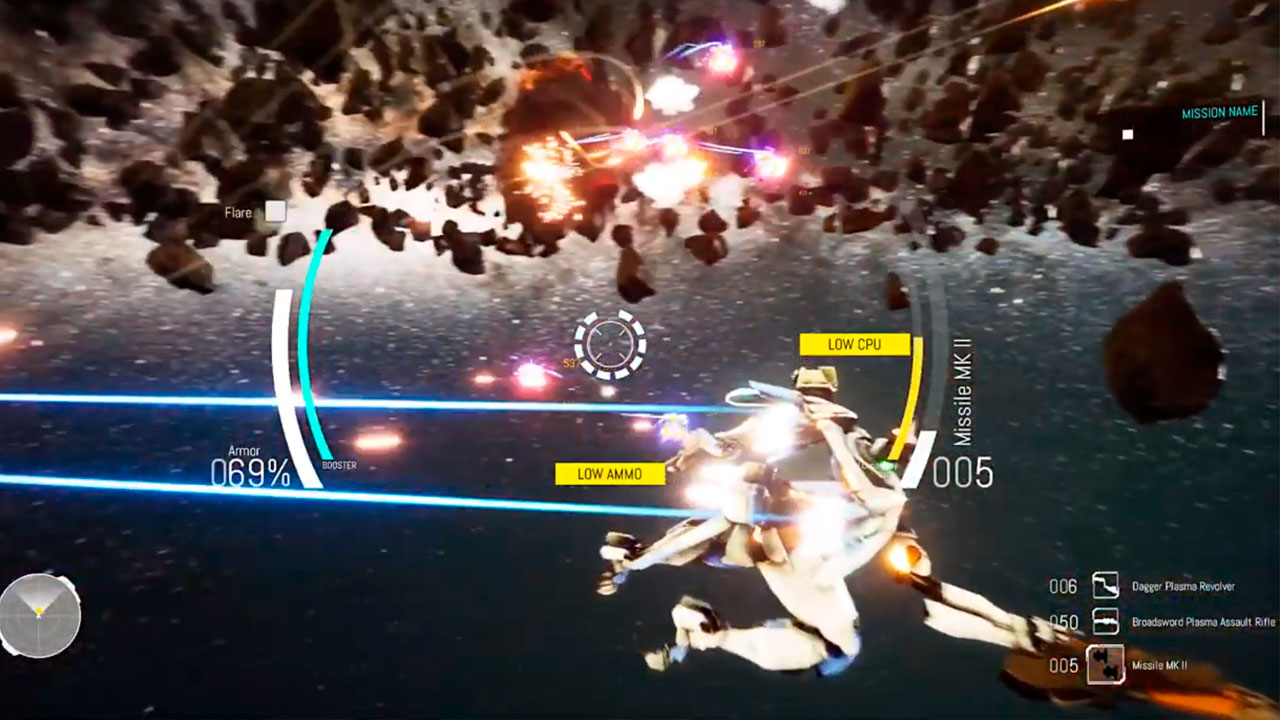 The eve of 2100. Since the last war, half of humanity has gone into space and created colonies there to open new horizons. Battle skeleton technology (a local name for furs) has fallen out of use because of the drastic reduction in the number of elite pilots capable of neural communication with the mighty furs, and the fighting is now conducted with brute force and numerical superiority. Things change, however, at the turn of 2099 and 2100, when a Japanese schoolboy from Saitama saw a bright light shining on the sky. The developers promise high-speed gameplay, lots of different battlefields and customizable layout for your Mecha.