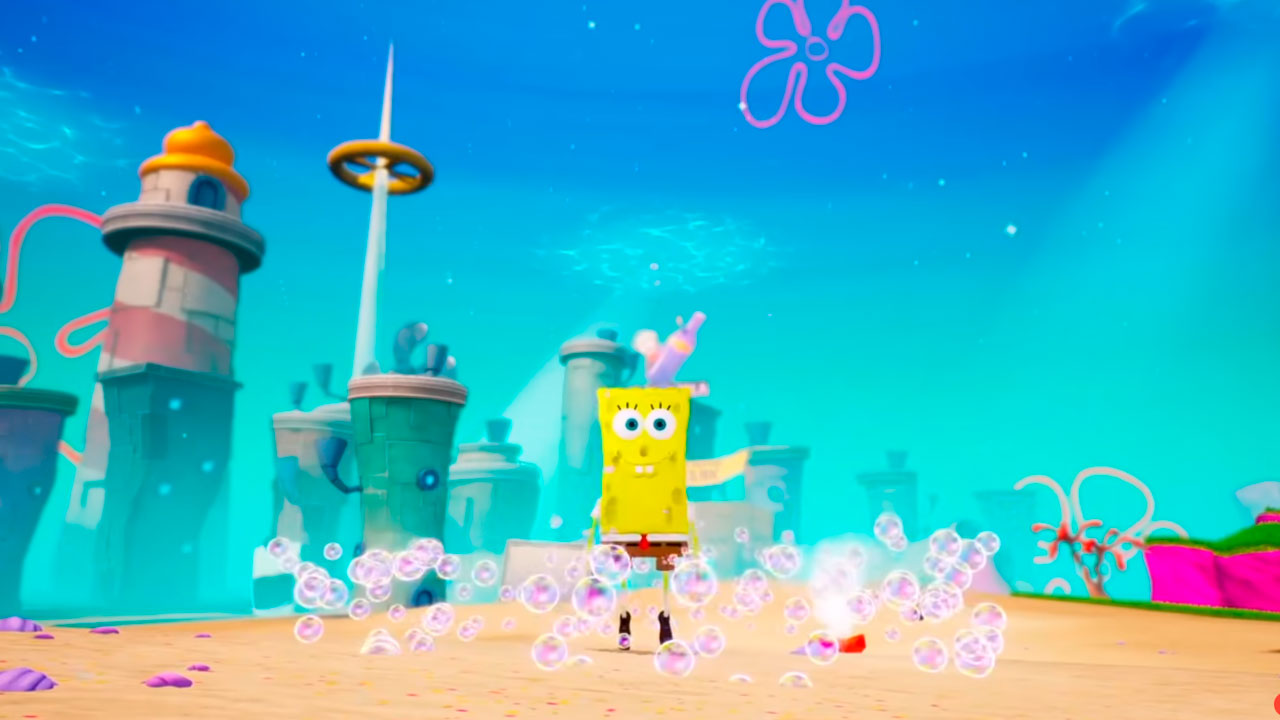 In two weeks, SquarePants: Battle for Bikini Bottom - Rehydration, a remake of the adventure game of the same name, released back in 2003, will be officially released, and everyone can go down to the bottom of the ocean, where the beautiful city of Bikini Bottom lives Sponge Bob and his friends.

In this case, one of the innovations will be a special joint mode, called the developers just a multiplayer. Just to him and dedicated the creators of another gameplay video. The activity is designed for two users and includes twenty-six islands, which are small arenas for the battle with the enemy, as the characters will be available seven characters, including Square Pants, Patrick, Squared, Sandy, Mr. Crab, Plankton and Snail Harry.

Also in the published video you can see Robosquidward, the boss carved from the original game.

SquarePants release: Battle for Bikini Bottom - Rehydration is scheduled for June 23rd. It will be available on PC, Nintendo Switch, PlayStation 4 and Xbox One.