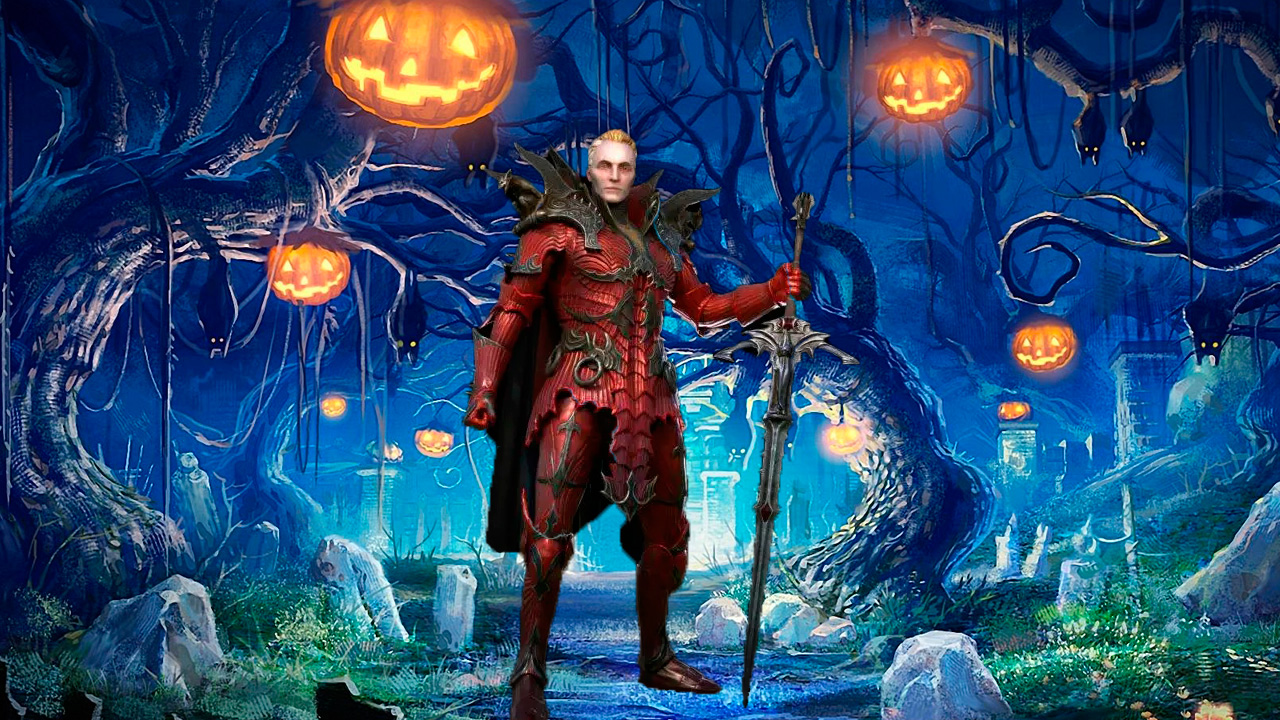 And here is the official info about the merger. Vlad Nightborn is a new undead hero, attack hero, and a Void. The merge and through particles, and skills seem not to be like the last merge.

The start of the merge is October 28th, through particles.

A1 - Blade of Vengeance

Attack all enemies. With 75% probability imposes [Parasite] penalty for 2 turns.

If you managed to impose both penalties, imposes [Dense Shroud] on yourself for 2 turns.

Gets [Rebirth] for 2 turns each time it kills an enemy.

Fully heals and fills his Turn Scale by 50% each time he kills an enemy.

Heals and fills his Turn Scale only if [Constantine Warrior of Light] is on the team.