First of all, this is far from the most effective way to make coins in the game, but handy to know about, because you will do faction activities one way or another, so knowing you can also make some coins on the side will surely come in handy. 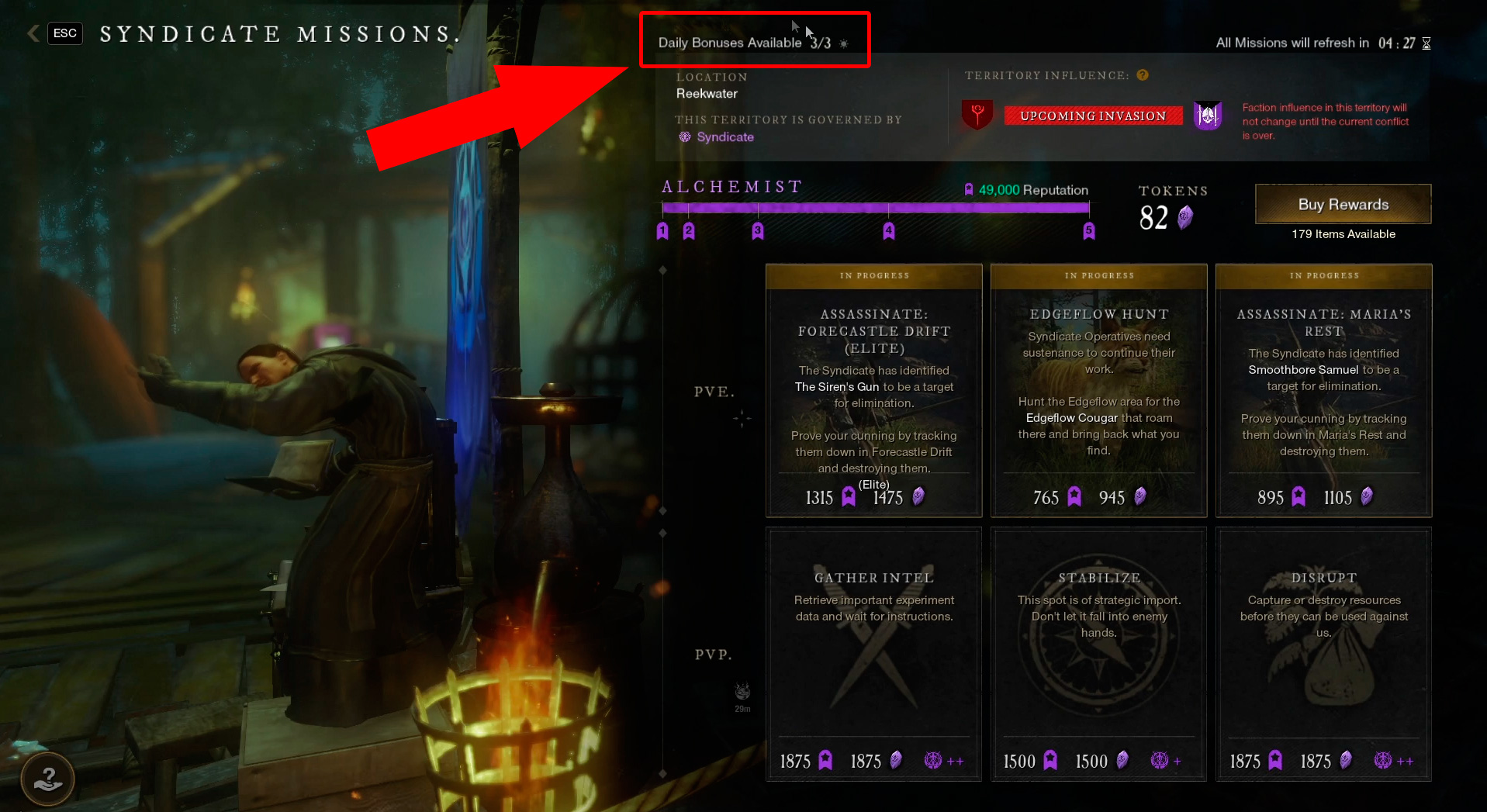 As you can see there are 3 daily quests bonuses available, what you can get from those are these two things: 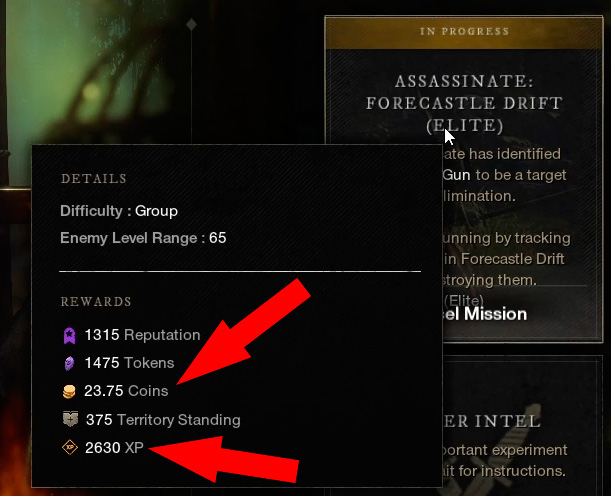 But be careful what quests you choose to accomplish, as their rewards vary and you would want to get as much as you can get, if quest reward is 4gold you will get 40, so you want something that gets you 13-27g each and if you are leveling still than 2000-3000 XP, which will result in 5000-7000 XP, but keep in mind that most of such quests are elite ones that will be either expedition to some dungeon or farming elite mobs, so you have to choose carefully considering how much time it may take.

P.S. Personally I would recommend catching expedition quests to either Amrine, Depth or Dynasty, as you can get up to 800 coins from faction quests (with daily bonuses obviously), there are 3 faction quests for each dungeon and you can get about 200g from Amrine, 300g from Depth and up to 500g from Dynasty runs respectively.

With this technically there are 2 ways to make coins, but in reality it just one (although we will cover both):

Buying and then reselling Runes of Holding

There are 4 types of them:

The problem with this is that those runes are needed only for chests & bags, need in which drops rapidly as time goes on, so right now you can get a miniscule profits from reselling those, for example Grand Rune goes for about 1600-1700g on market, and thats without taking into account listing fee & trading tax! So before you jump on this "opportunity" carefully check your server's market (at least for a few days) and only then start buying\selling them.

There are 3 types of converters which are needed to transform Refining components (materials), such as flux, tannin, sandpaper, weave, solvent:

These converters let you transform 20 types of any refining materials to 15 of others 4, for example you can make 15 sand flux out of 20 crossweave:

Now, you may think that is obviously a great deal you can make tons of money out of it, considering crossweave can cost 0.01 compared to sand flux's 0.70 (just an example), thus you would think 0.01*20=0.2 will be turned into 0.7*15=10.5g, but sadly thats not the case, when you take into account 3 types of taxes you have to pay first. And the most exuberant will be crafting tax, you can check it below, as an example we will take sand flux that you can make via smelter (requires 50lvl smelting): 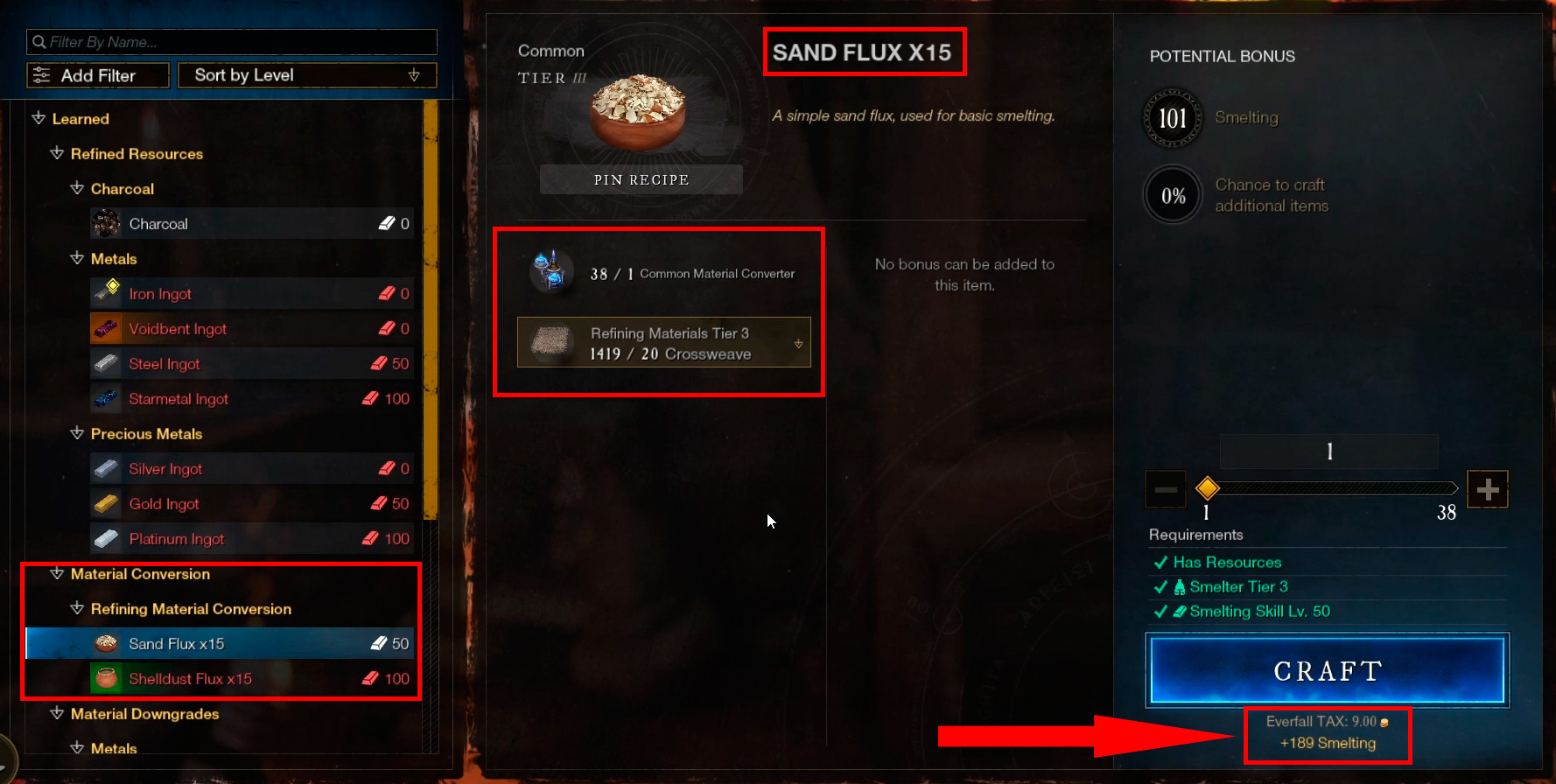 As you can see, ONE convertion will cost us 9 gold, and thats not all, we also need to pay 2 taxes on Trading post:

After all these expenses we either will make a miniscule amount of money or will lose some. But, things may be a little different on different servers so you need to first check market prices and then find a city with the lowest crafting taxes.

You can watch all things discussed here in this video: