What do we know about the Druid in the upcoming Diablo IV?

Being one of the most worst-kept secrets in the videogame industry in recent years, Diablo IV was officially announced at Blizzcon 2019. Alongside gameplay trailers, Blizzard also showed some details about 3 of the 5 playable characters. The Druid was the most interesting of the batch.

As you probably know, the Druid was last seen in Diablo II, and he didn’t make it to Diablo III. This is why the return of the class in Diablo IV as one of the 5 playable characters was quite problematic.

In fact, game director Luis Barriga said that “initially the Druid wasn’t part of the game’s lineup. But that only lasted a day”. The thing that changed his vision was an amazing piece of art from one of the artists. It depicted the Druid as a big, brutal, and menacing figure in a skull-shaped helmet, followed by 2 ferocious wolves. “The art is the main inspiration for the design in this game”, Barriga added. 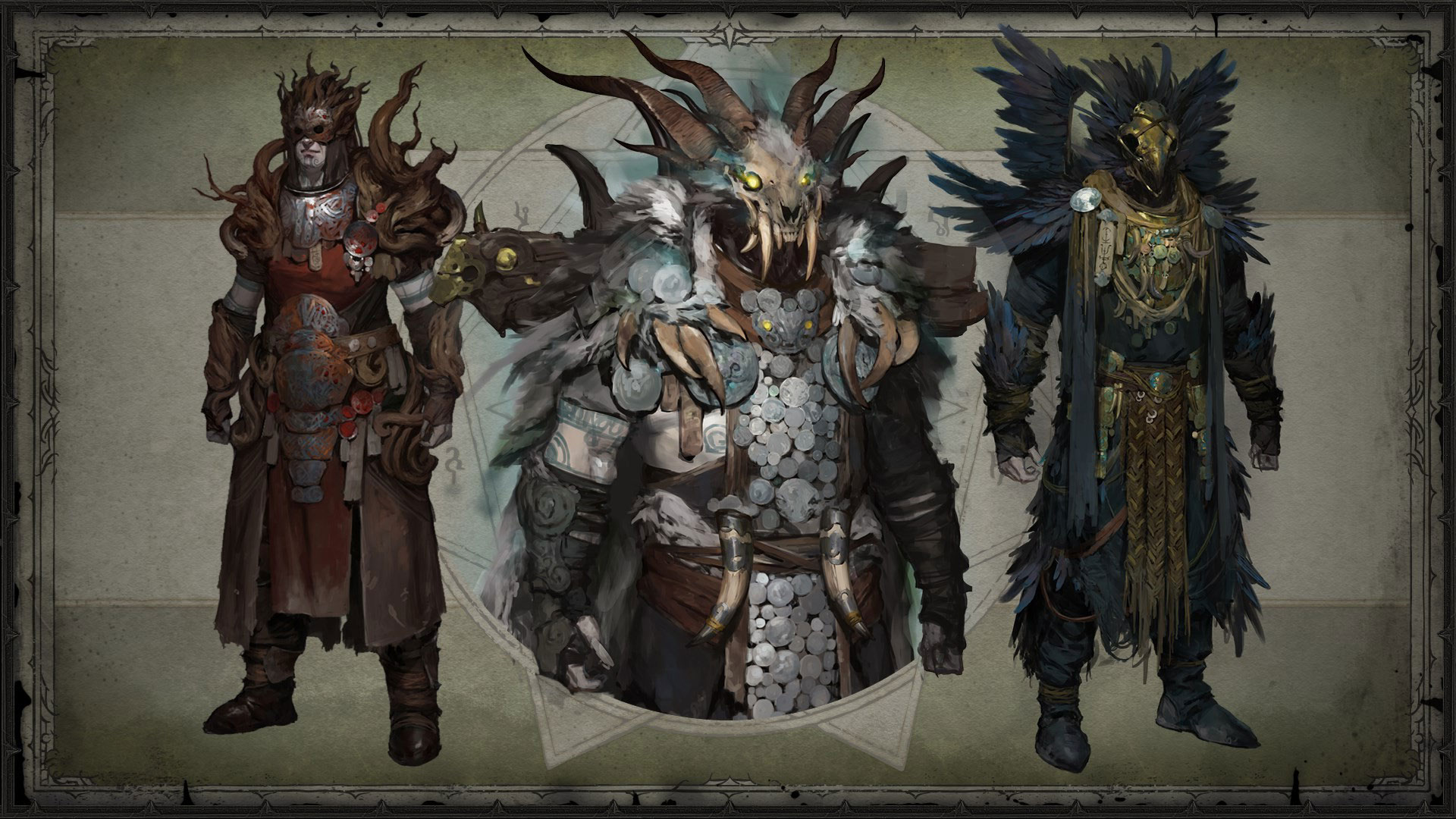 In Diablo II, Druids used fire magic, but it didn’t feel like someone who was in tune with nature. This is why fire was replaced with air and earth magic. During the gameplay demonstration, a powerful spell called Cataclysm was shown. It summoned a powerful lightning storm that ripped through enemies across the whole battlefield.

The Druid can switch between wolf, bear, and the human form, which Barriga describes as a “smooth shapeshifting”. Developers tried to “really embrace the hybrid nature of the class”, so that players could quickly switch from a mage to a werewolf, summon a molten boulder, and then attack enemies as a bear in a couple of clicks. That said, if you prefer to stick to a certain form, you can play as a werewolf or a werebear without constantly changing shapes.

We were also shown three examples of Druid’s appearance. The character was wearing a chainmail with a horned skull-looking mask, entwined with vines, and dressed in some sort of a golden raven garment. The Druid is constantly accompanied by a pair of wolves, but he also can create other companions, including ravens and vines.

As you can see, the Druid turns out to be a very interesting and flexible class, which can be equally good both as a melee fighter and a mage, as well as some kind of a hybrid battlemage. It’s not yet known how these roles will be balanced, but let’s hope that Blizzard can overcome all difficulties and this class will find its niche.

That’s it for now. We will continue to monitor the information on Diablo IV and keep you informed.